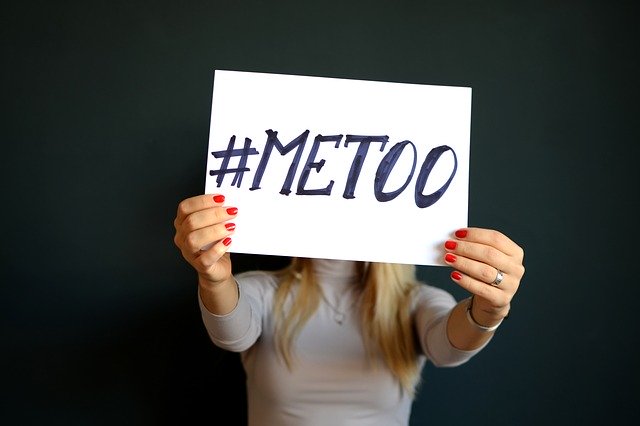 All talk, no action: What has the #MeToo movement achieved?

When activist Tarana Burke started the Me Too campaign in 2016, she wanted to reach out to survivors of sexual harassment and violence to show they weren’t alone.

When the movement was reignited two years ago with the outing of Hollywood media mogul Harvey Weinstein and the help of a prolific hashtag, there was a sense that the campaign was careering from a mere awareness-raising exercise towards influencing real change.

However, how much has actually changed?

Findings by the Young Women’s Trust, as highlighted in a recent article by The Independent, revealed one in four young women fear being sacked if they report sexual harassment at work. Worryingly, they also found that just 6% of young women who had been sexually harassed at work reported the misconduct.

This follows another study by the Trades Union Congress that revealed two-thirds of young women had experienced harassment at the office.

These troubling statistics have seen the chief executives from the Young Women’s Trust and the Fawcett Society calling for changes to the law to strengthen women’s protection at work.

But is this really the answer, especially when legal protections already exist?

Under the Equality Act 2010, sexual harassment is defined as unlawful discrimination. Employers have a duty to prevent harassment and claims can be brought not just against the perpetrator but also the employer for allowing the behaviour to exist.

What the studies show, therefore, is that the law is not the answer. Rather, employers need to look closer at their practices to preserve the rights already enshrined in regulation.

Sadly, it appears that responses to cases of sexual harassment are still woefully inadequate. Just this September, Channel 4 News reported that a Cambridge University graduate was suing the world-renowned institution for its mishandling of a complaint, despite it launching of its own Breaking the Silence campaign in 2017.

All complaints of harassment should be taken very seriously and handled sensitively; those who voice concerns certainly shouldn’t be encouraged to reconsider their complaint in light of the potential reputational damage for their place of work, as the graduate has accused.

Employers should instead provide open (and as stress-free as possible) channels for complaints and clear investigation procedures.

When a complaint of sexual harassment is upheld, action needs to be taken and the potential punishments should be as clearly outlined to employees as the investigation procedures are.

It’s important, however, to note that an investigation is likely to also cause distress to the accused and they too should be offered support and sensitivity through the process.

Caution should also be taken in adopting a zero-tolerance approach. People don’t generally go out of their way to sexually harass others, yet their unintentional behaviour could have a negative impact on their colleagues. This, therefore, is best managed by examining the culture of the workplace.

Creating a culture of respect requires leading from the front, with messages about what is and is not acceptable behaviour cascading down from C-suite to grassroots. This can be reinforced through effective and engaging training that helps to bring conduct policies to life.

One discouraging effect of the #MeToo movement, as reported in the Harvard Business Review, has been the response of some senior male managers who have allegedly been taking a better-safe-than-sorry approach and pulling away from mentoring women.

Working towards a happy and safe workplace culture will ensure everyone feels confident in their behaviour towards each other, and ultimately fulfil their potential.

What help is on hand?

Employers can show their commitment to their people’s welfare with an employee hotline for reporting incidents of harassment.

The Tell Jane hotline offers an anonymous and independent platform for employees to report concerns – a great first step in providing a clear and safe channel of complaint. Simply email lisa@telljane.co.uk to find out more.