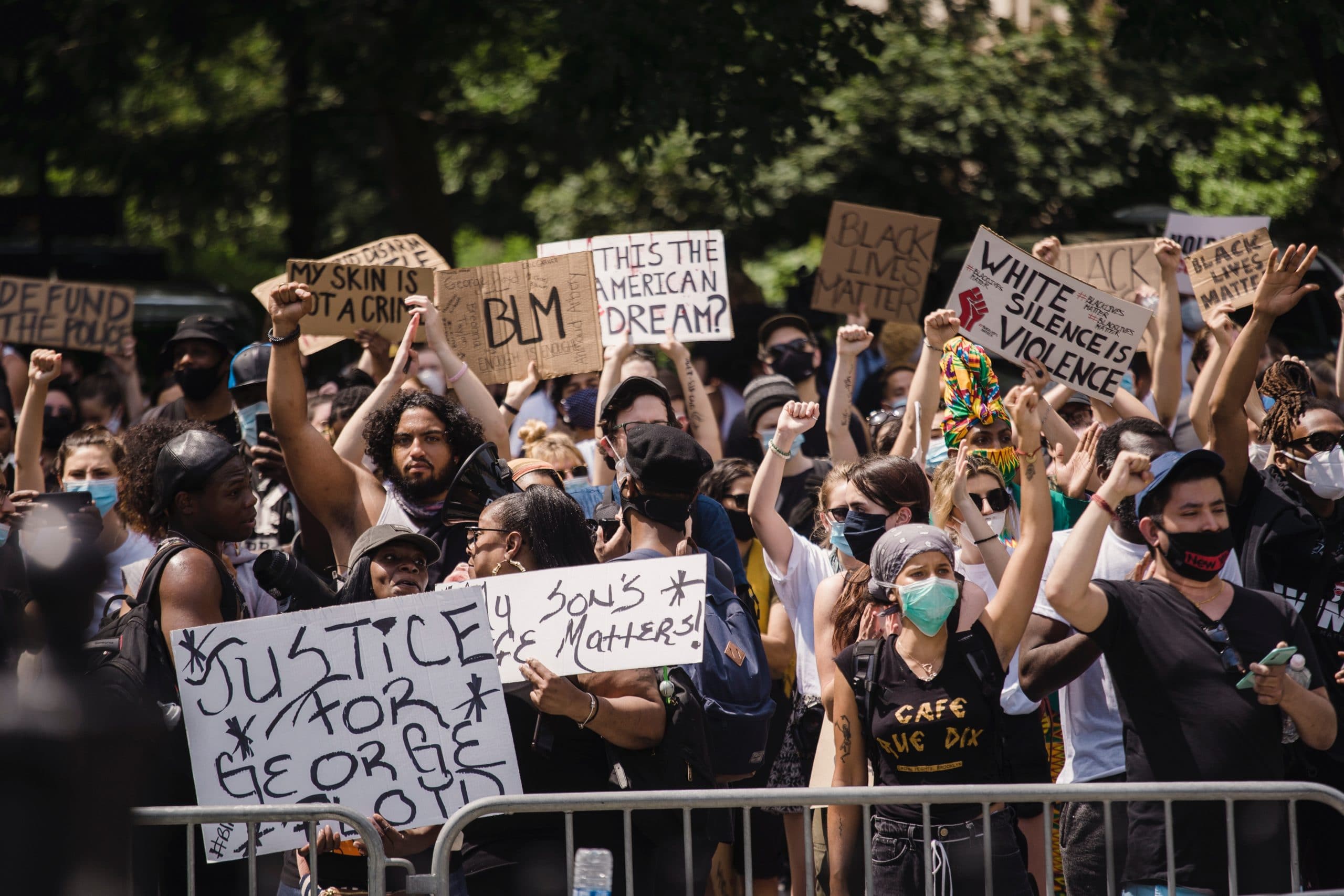 May 25th will mark one year since the death of George Floyd.

His murder in Minneapolis prompted the revitalisation of the Black Lives Matter movement, which manifested in worldwide protests and social media black outs against police brutality and racial injustice.

After three weeks of testimony, former police officer Derek Chauvin was last month convicted of Floyd’s killing – a momentous moment but one that was likely to have been triggering, especially for those in the Black community, who were still processing their thoughts and feelings after an emotive summer.

And the case isn’t over; Chauvin, who is due to be sentenced in June, has recently appealed for a new trial. This, coupled with the upcoming anniversary, means many will be taking time to reflect on the turbulent events of the past year.

As explained in my previous blog, the emotions raised by such moments naturally make their way into the workplace and it’s important that employers recognise and be ready to support their people.

Being informed is key so here’s a recap of the past year and its legacy.

Floyd was arrested after allegedly using a fake $20 note at a local food store.

A video shot on a mobile phone was later posted to Facebook showing a police officer, now identified as Chauvin, pinning Floyd to the ground with his knee on the back of Floyd’s neck. Floyd can be heard saying “I can’t breathe” and falls unconscious. He later dies in hospital under police custody.

The next night protests break out in Minneapolis, which by the next day have spread to other cities across the country.

Was anyone held accountable?

On 20th April 2021, Chauvin was found guilty of second-degree unintentional murder, third-degree murder and second-degree manslaughter. He is currently being held on remand and is due to be sentenced on 25th June. He could serve 40 years in jail.

Three other officers involved in Floyd’s arrest are all due to face trial on 23rd August, charged with aiding and abetting.

What is Black Lives Matter?

Black Lives Matter campaigns against violence and systemic racism towards Black people. It started as a social media hashtag in 2013 following the death of Trayvon Martin, a Black teenager who was shot while walking to a family friend’s house, and the acquittal of his shooter.

In 2016, the movement garnered global attention once again when many sports stars began taking part in protests at games, inspired by NFL player Colin Kaepernick who would kneel during the national anthem.

While there have been many unjustifiable losses of Black lives since the campaign’s inception, Floyd’s death served as a flashpoint for hundreds of years of racial inequality. It’s estimated that up to 26 million people participated in Black Lives Matter protests in the US alone in 2020 – making it the largest movement in the country’s history.

What happened as a result of the protests?

A flurry of symbolic actions took place during the protests. Brands across the world began changing their image and even their names to reflect new consciousness around racism, the history of slavery and segregation, and the treatment of indigenous people.

Examples included the NFL team the Washington Red Skins renaming themselves the Washington Football Team, The Grammys dropping the word “urban” to describe music of Black origin, and the band The Dixie Chicks becoming The Chicks as the term “Dixie” was often used to refer to the southern US states during slavery.

Notable businesses publicly aligned themselves with the campaign. PepsiCo announced a $400 million initiative to increase its Black managerial representation by 30% and more than double its business with Black-owned suppliers, while PayPal committed $530 million to also supporting Black-owned or minority-owned businesses and bolstering its diversity and inclusion practices.

However, some companies’ efforts were soon criticised as being no more than performative allyship. Nike, who in 2018 had launched a bold advertising campaign with NFL star Colin Kaepernick in support of Black Lives Matter, was unveiled to be lacking in diversity credentials when public records showed that less than 10% of its 300-plus vice-presidents worldwide were Black.

What’s the legacy of this past year?

Political change is pending. Following Chauvin’s conviction, US President Biden called the verdict a “moment of significant change”. The George Floyd Justice in Policing Act, which would ban no-knock search warrants, prohibit racial and religious profiling and demand the recording of use-of-force incidents, is awaiting approval.

In the UK, the Mayor of London Sadiq Khan has recently announced the members of a new Commission for Diversity in the Public Realm to review existing statues, street names and memorials to ensure London’s diverse history is fairly represented across the city.

However, a review published in March by the Commission on Race and Ethnic Disparities, declared that the UK “no longer” had a system rigged against people from ethnic minorities. The Commission was formed as a direct result of the Black Lives Matter protests and the review was met with disappointment by many anti-racism groups and charities.

Away from the headlines, there have been less visible changes. Since Floyd’s passing people have taken the time to consider their own privilege and biases. According to YouGov research, the Black Lives Matter movement did create awareness and spark conversations about racism.

Nearly all Britons (87%) regardless of ethnicity know who George Floyd was and about a third (34%) say they’ve broached the subject of race more often. Younger people are much more likely to say they’ve addressed the topic, with 60% of 18 to 24-year-olds having talked to family members about racism.

When it comes to the workplace, about a fifth of employees have discussed the issue with colleagues of the same race (21%), compared to just 16% of those with colleagues of a different race. This shows that more needs to be done to ensure all workers feel safe and confident to speak up on such topics.

If you want to find out more about how your workplace can embrace antiracism, Tell Jane offers a range of training programmes that can be tailored to your organisation and D&I strategy. Contact me by emailing hello@telljane.co.uk to discover how we can help.